Is Our Home Protected if We File a Chapter 7 Bankruptcy Petition?

Is Our Home Protected if We File a Chapter 7 Bankruptcy Petition? 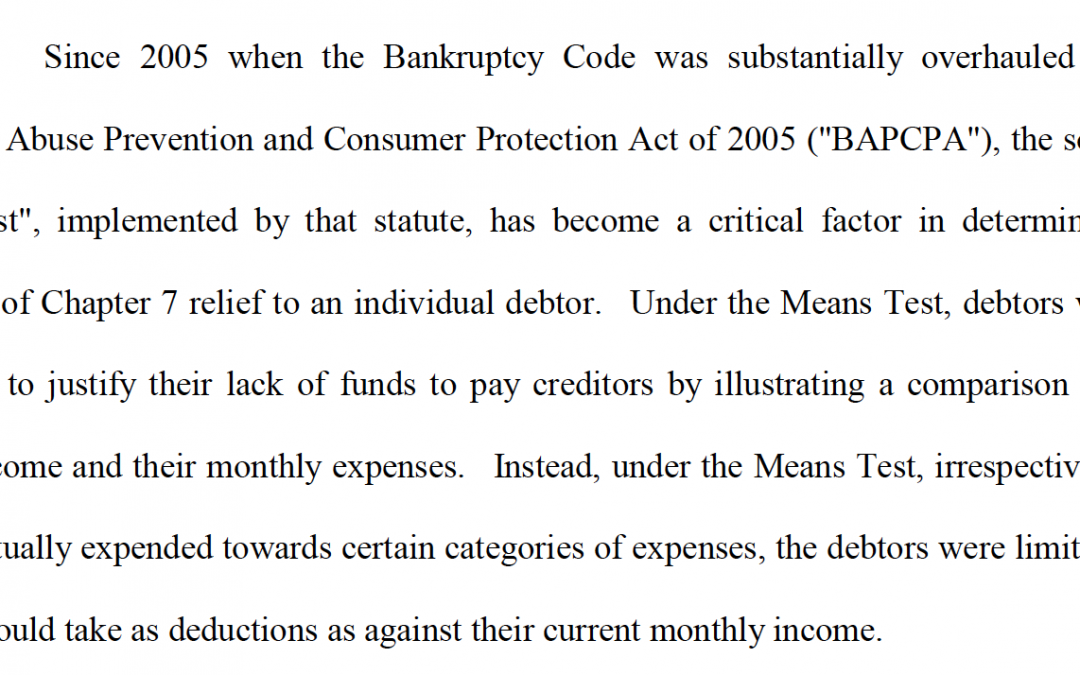 Avoiding the Application of the Chapter 7 Means Test: the Evolving Case Law

by r83robb | Apr 15, 2020 | Avoiding the Application of the Chapter 7 Means Test: the Evolving Case Law, Publications

Avoiding the Application of the Chapter 7 Means Test: the Evolving Case Law 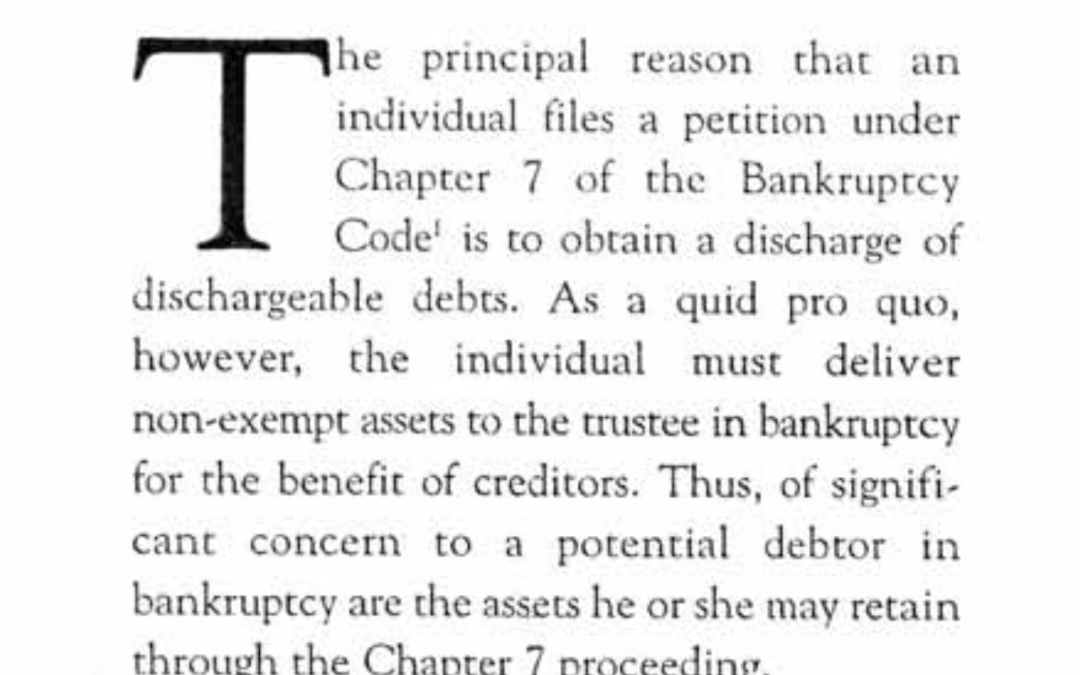 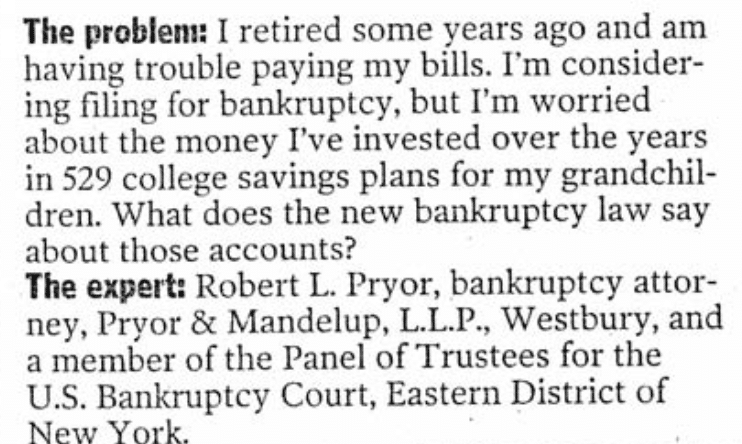 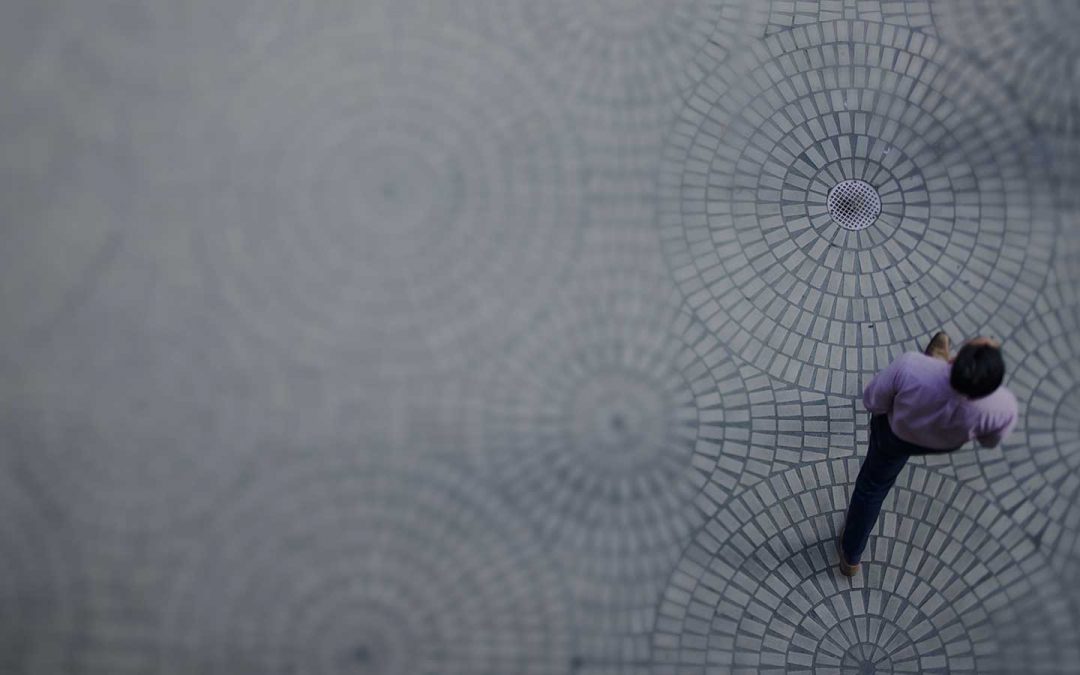 The front-man of a popular 1960s rock band has dug himself into a black hole, and it may cost him his famous name.

Woodbury’s David Blatt, better known as Jay Black of the group Jay & the Americans, is currently awaiting judgment in a case that could take away his stage name. Blatt, who filed for Chapter 7 bankruptcy in July 2005, has run up some serious debt – including $505,000 in Internal Revenue Service tax claims, $76,000 in New York State tax debt and approximately $12,000 in credit card claims, according to Westbury attorney Scott Mandelup.
As Blatt’s personal problems swell, his former band-mates are now suing to stop him from using their trademark name.

“At this point, we are seeking to sell the names ‘Jay & the Americans’ and ‘The Americans’ and to enjoin the debtor from using the names ‘Jay Black and the Americans’ and ‘Jay Black’ for performances,” said Mandelup, a partner at Pryor & Mandelup LLP, which specializes in bankruptcy and commercial litigation. Mandelup is acting as attorney for Chapter 7 trustee Robert L. Pryor, his partner at Pryor & Mandelup. “We have an offer of $100,000 for the two names from some of the members of the original Americans, and there is pending litigation,” he added.

The group, which split in 1973, was first led by Jay Traynor and later by Black. The Americans reportedly intend to reform and tour with their original front-man – and their original name.

Mandelup said Blatt made a motion for summary judgment, saying the trustee could not sell the names. “[Blatt’s] lawyer took the position that the trustee needed to prove that the debtor had a common law trademark in the names for the estate to have something to sell,” Mandelup said. 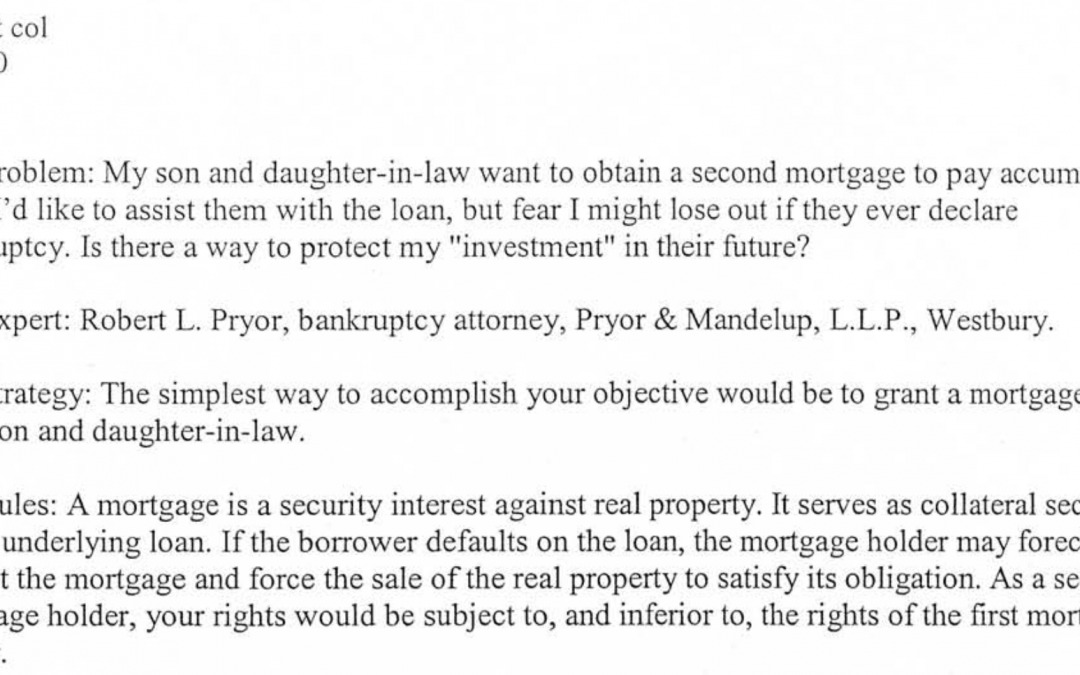